H.E PM Abiy Ahmed currently conducting discussions with elders in the Amhara region who are working towards addressing issues that have raised conflict in parts of the region. (Office of the Prime Minister of Ethiopia)

(Africa News) — Ethiopian Prime Minister Abiy Ahmed arrived in the Amhara region on Thursday for the start of an official visit, his office reported.

“During his stay, he will meet for discussions with various stakeholders and undertake a visit of various projects and proceed to other cities,” the notice added without stating how many days he will be in the region.

He has since set out on conflict resolution meetings with some leaders in the region meeting with leaders in the city of Gondar. His deputy, Demeke Mekonnen, who leads the Amhara Democratic Party, ADP, is also on the trip along with other officials. 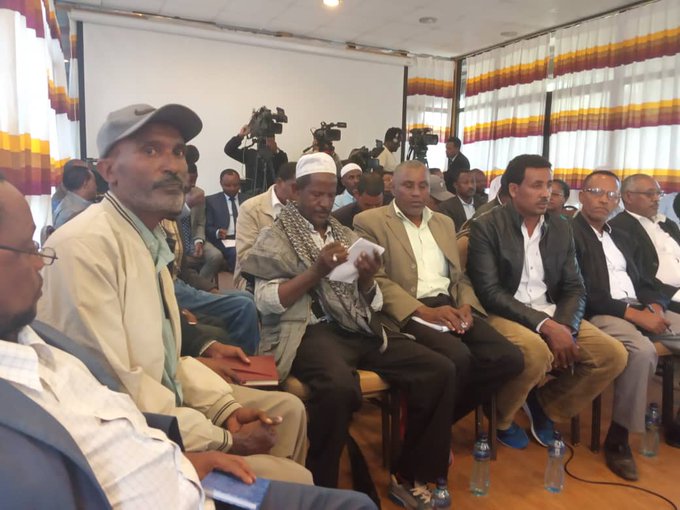 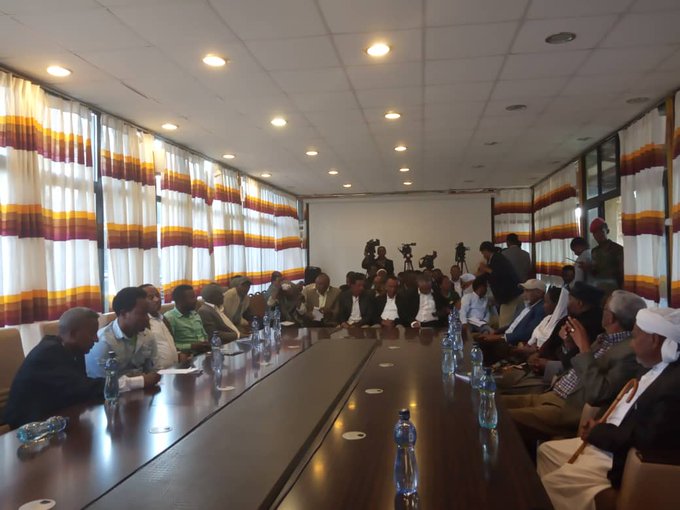 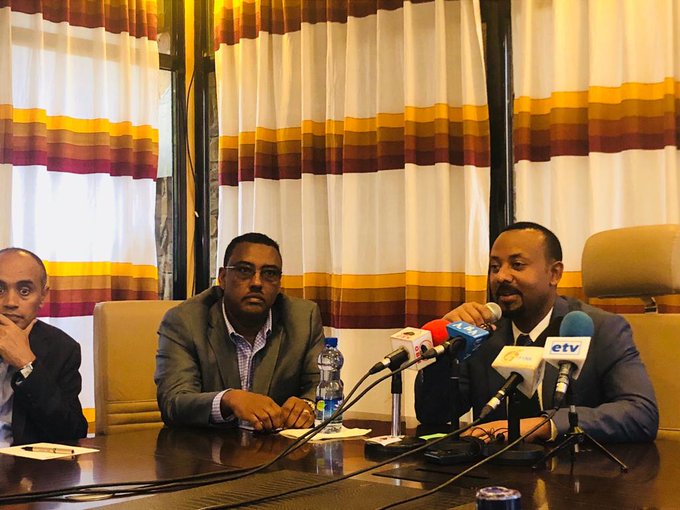 Office of the Prime Minister of Ethiopia@PMEthiopia

H.E PM Abiy Ahmed currently conducting discussions with elders in the Amhara region who are working towards addressing issues that have raised conflict in parts of the region.

Abiy’s trip comes barely twenty-four hours to the arrival of Eritrean President Isaias Afwerki, also on an official visit to the region. Afwerki will be making his third visit to Ethiopia since the July 8 peace deal signed in Asmara.

Local media portal Addis Standard has reported that the two leaders will be joined by their Somali counterpart, Mohammed Abdullahi Farmaajo, for the second edition of a tripartite meeting.

The first was held in Asmara months back where the three leaders committed to respecting each others’ sovereignty and working together to advance the lot of people in the wider Horn of Africa region.

Afwerki’s return to Ethiopia after over two decades was in mid-July when he arrived in Addis Ababa days after the peace deal. he returned recently to hold talks with Abiy over implementation of the deal.

Abiy, an Oromo, rose to power following anti-government protests which forced his predecessor to resign. The protests largely concentrated in the Oromia region at some point spread to the Amhara region. Deputy PM Mekonnen is an Amhara.

Why Jawar Mohammed is Responsible for the Unrest in the Southern...